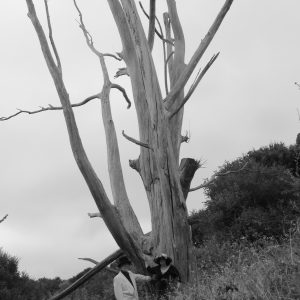 After starting college on a music scholarship, Jim Oakden rapidly realized that he wasn’t cut out for 6 hours a day in a practice room, so switched to Science as a career while doing Music for love. He launched on a musical odyssey that led first to Early Music and Baroque, then into the captivating world of traditional & ethnic music and dance (Ireland, Scotland, Brittany, Galicia, Klezmer, Greece, Bulgaria, middle East, etc). Jim currently plays for ECD  (English Country Dance) and records with Roguery, Persons of Quality, and the Whoots on an absurd variety of instruments from accordion to zurna. Specializing in dance music, he has performed and taught in England, Italy, Spain & Australia, and at a myriad of dance camps throughout the US. He organizes contra, Breton and English dance events, and is currently the program director of the BACDS English Dance and Music Week.

In his other life Jim is a marine biologist, and has inexhaustible stories about research diving adventures at both Poles and numerous places in between.

Multi-instrumentalist Shira Kammen has spent much of her life exploring the worlds of early and traditional music of all kinds. A member for many years of the early music Ensembles Alcatraz and Project Ars Nova, she has also worked with Sequentia, Hesperion XX, the Boston Camerata, storyteller/harpist Patrick Ball, singers Azam Ali and Joanna Newsom, the Balkan group Kitka, Anonymous IV, the King’s Noyse, the Newberry and Folger Consorts, The Compass of the Rose, Vajra Voices, Calextone, the Oregon, California and San Francisco Shakespeare Festivals, the California Revels, and is the founder of Class V Music, an ensemble dedicated to providing music on river rafting trips. In the ECD world, she is currently a member of the group Roguery and The Whoots. Shira has played on over 100 CD recordings, and also on a number of movie and television soundtracks, when weird medieval instruments are needed.

Jim and Shira have played a vast diversity of music together for nearly 25 years, in close and far-flung places from the Great Barrier Reef to Iceland, Scotland & England, along the Colorado, Grand Ronde, John Day and Green Rivers, and in several National Parks, among them Denali, Yellowstone, Joshua Tree, perhaps the most epic venue being at Glacier Point in Yosemite, rendering the Death March from Star Wars for a wedding recessional. 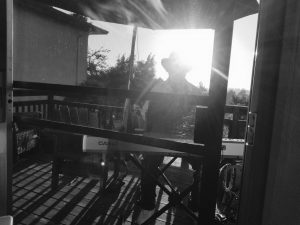 with Charlie Hancock, pianist and accordionist, who is equally adept playing for English country, Scottish country, contras, and display dancing. He has played for BACDS dances, camps, and balls for 18 years, with occasional gigs further afield, including Pinewoods and the Portland (OR) English ball. He is a member of Bay Area folk ensemble Euphonia, and has recorded with Sylvia Herold, Holly Tannen, and Cathie Whitesides. Infusing jazz, swing, and Irish music, he plays with brilliance, drive, and clarity.